The Supreme Court's  decision to uphold the Affordable Care Act ensures hard-working, middle class families will get the security they deserve and protects every American from the worst insurance company abuses.


One thing is clear: There is no government owned healthcare, and because of there is a reason why the Supreme Court stated that﻿ it was unconstitutional under the Commerce Claus and they proceeded to change the wording to a "tax", under the 16th Amendment, instead of a "fine".
Publicado por Jesca´s en 22:32 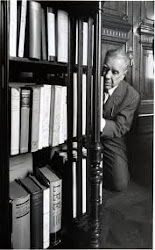